Can I give chocolate to my dog? 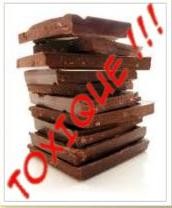 Chocolate contains Theobromine, head of beneficial effects on our mood. If it is safe for humans (we possess an enzyme capable of the degrade quickly), it is toxic, even fatal, on the body of animals (dogs, cats...) harmful build-up (due to a much slower metabolism) in case of too frequent consumption of chocolate. They then risk poisoning.

At outlaw therefore absolutely for them, even if they eat readily. Consult your veterinarian for more information, or in the event of ingestion of chocolate by your dog.

There are many other sweets designed for them, as a reward

Can be out my puppy in the street, even if it has not had all its vaccines? 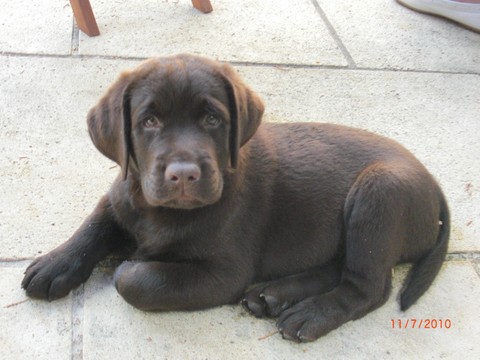 It is better to continue the familiarization of the puppy to its new context of life, even if it is not fully vaccinated, rather than isolate it on a map, too detrimental to its healthy behavioral development

Indeed, it is essentially in its first three months of life the puppy will become familiar to the outside world, and more it will be stimulated, more it will address without fear later anything new to him

When a garden, is it more out his dog for a walk? 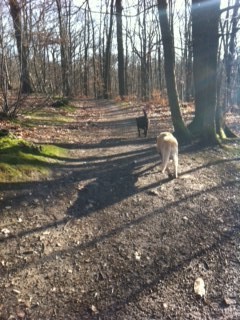 The garden as housing are both for the dog, an integral part of his living space which it quickly did the trick. As a social being, he needs for his balance, daily other places, explore other odours, to meet other congeners, other people, and especially to spend its energy!

Not to release would deprive him of all these attractive horizons and could in addition to put it in a situation of stress once outside and confronted with the outside world. He must more often deploy it in defensive actions to repel or stop anything that could make him afraid (strangers, other dogs, new environment...)


So many reasons that make indispensable walks for all dogs

Can I put an electric dog collar so that he stops barking?

Video demonstrating the painful of this necklace of education effects... 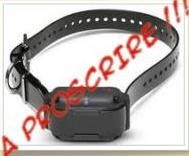 For two reasons essential and obvious,

The first is that before you want to silence a dog barking, it must first seek the reasons (*). Initially, the dog barks to prevent, report, because he's afraid or because he feels alone, or for any other behavior of adaptation, legitimate for him. Silence at all costs without understanding solves nothing and that puts the dog in a situation of great emotional suffering by these continuous electric shock.

The second is that the electrostatic pulse this necklace is experienced as an assault for the dog whose provenance remains it undetermined. It may then, in legitimate response of any dog feeling attacked, redirect his aggression to what surrounds it, such as a plant, another animal... or even a child playing beside...


It is same for the citronella collar projecting each dog a repellent vocalise extremely unpleasant on its snout which flair is far more superior to our sense of smell (220 million olfactory cells in Labrador only 5 million in humans). Imagine the dog in distress that barking to express his stress to be left alone in a garden, will receive a powerful spray of citronella oil come from nowhere on him as only answer (sensible silence!). He will nevertheless have, without even barking again, stay with this highly unpleasant odour glued to him, without the possibility both to evade, while the rest of the day. Another situation of great suffering as much emotional as physical for the dog... and total uselessness!

This electric collar is really a torture for the dog, and a real danger for the entourage!!

(even under the name of education necklace or collar!)

The use of the electric collar is strictly prohibited in England, Wales, Switzerland, Finland, Sweden and Denmark. Hope that it is as quickly in all the Member States of the European Union! (A draft law on its ban was launched by U-E in 2005, but no such order to date it is prohibited in France)

According to the European Convention on the Protection of animals from company (Chap. II, Article 7):

No pet should be drawn up in a way that is detrimental to its health and well-being, including forcing him to exceed his abilities or his natural force or using artificial means which cause injury or unnecessary pain, suffering or distress

No learning can be effective, durable and above all respectful of the dog

If it is directed by a repressive and painful action towards the animal, in a context of intense stress

Notice of the veterinarian Nathalie Simon on electric collars

The criteria in my opinion should know are both aggressive consequences level, at the level of disorder in learning and understanding of the dog's social and environmental situations.

This goes well beyond the immediate pain observation.

The perverse effects of electricity on the physiology of living through neurons and remain stored for life. Hence the aggressive risk that emerges at times as you won't necessarily. When I see this, I am unfortunately forced to euthanize the poor dog, because the unpredictability and the impulsiveness of bites are every time important.

When attempting a reeducation and therapies on this kind of case, the risk of renewal of the bite still very often, whatever we do. Do not rely on the immediate results of education or treatment. Indeed, it is the stability of the result on months or years which is important.

However, electrified dogs even if the risk of bite decreases, there are moments where you don't expect it, resulting in the greatest danger